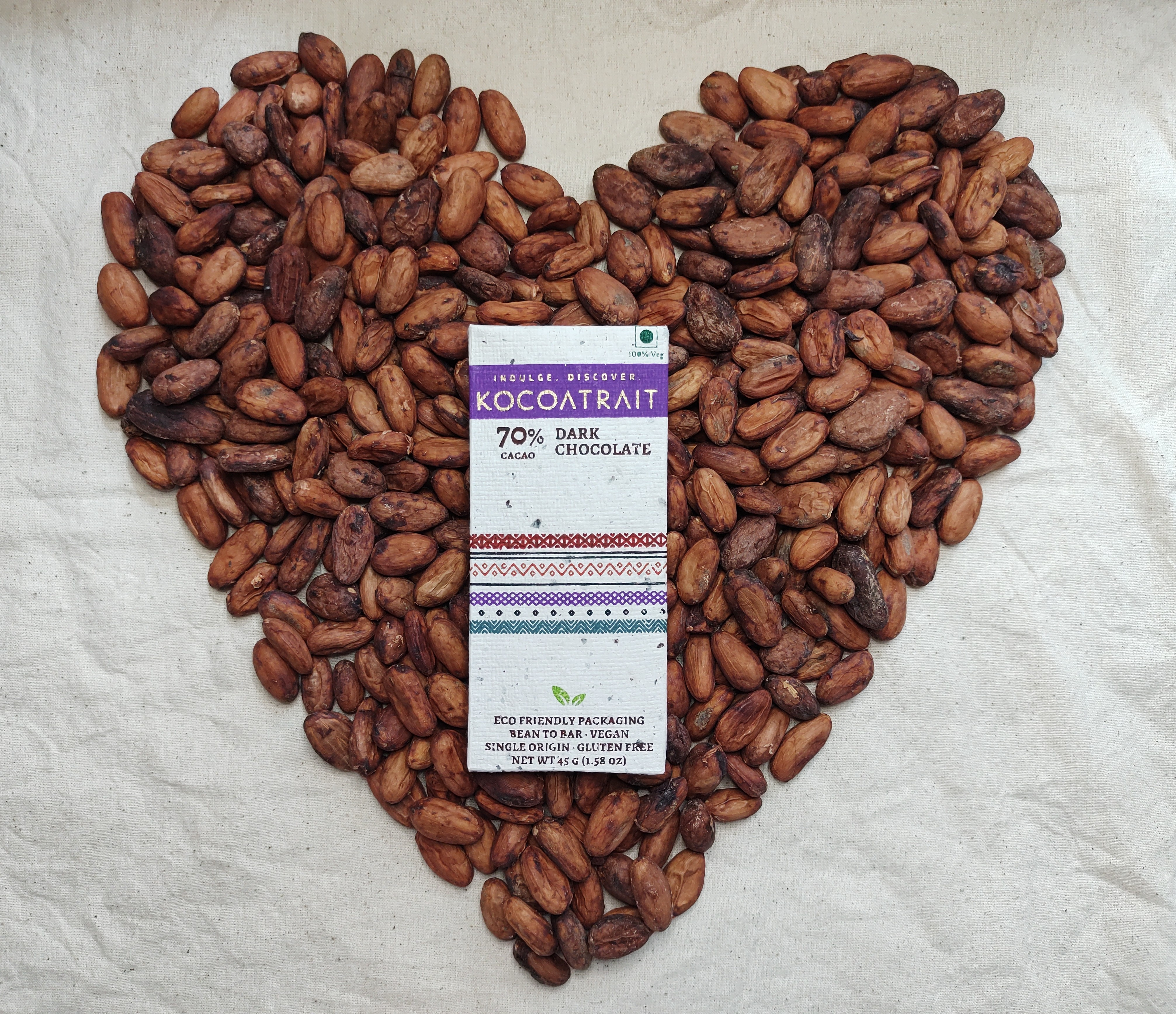 What is the Definition of Bean to Bar Chocolate?

With the hoovering confusion about the definition of bean to bar chocolate in the Indian context and whether every chocolate available in the Indian market is bean to bar or not, Cocoatrait & Cocoashala have aimed to establish a definition inspired by global relevance of what should be called a legitimate “Bean to Bar” chocolate in India. Considering that today in India, the Bean to Bar chocolate industry is at its infancy, these makers command a premium over their so-called competitors and many artisanal chocolatiers are also able to quite easily get away by offering “melted commercial chocolate” as beautifully packaged hi-quality chocolate. Yes! I use the word competitors because inspite of offering a completely different product, the consumer is largely unaware of the differences between a Bean to Bar and a artisanal chocolate made by melting larger slabs of chocolate and hence the chocolate sits next to each other in a chocolate shelf and the consumer ends up pays more for these “effortless” chocolates.

It is also worth mentioning that retailers in India have failed to protect consumers interest and have simply offered all chocolates to consumers on the same platform/shelf. Most so called imported chocolates are mass market chocolates produced in their origin countries and are priced high because there is a high freight cost and import duty that gets added to them. It is hence imperative that the distinction between bean to bar chocolates and others are known and established.

The aim of Cocoatrait & Cocoashala’s definition of Bean to Bar is to aggressively and passionately protect and assist an Indian consumer to choose a chocolate bar which he/she has subconsciously understood & acknowledged as a chocolate bar that is made by directly converting choicest cocoa beans into a pure chocolate bar without altering any natural ingredient or without adding any artificial flavour. In this scenario the definition also aims at laying a foundation of understanding in this fast paced, rapidly growing industry and to serve as a guiding light to existing and future generation bean to bar chocolate makers at the early stage of the Bean to Bar industry in India so that they can have consumers interest always in mind.

As a start, every chocolate which is made from cocoa bean to bar (instead of cocoa powder to bar) can be called a Bean to Bar chocolate. It is true that all chocolate is made from cocoa beans as the start raw material since cocoa powder is also derived by pressing the paste of cocoa beans. However, not all chocolates use cocoa butter as fat. Much like the difference between ice cream and frozen dessert, the ingredients can be used to differentiate between the two.  However, there is another important difference. In the case of a bean to bar chocolate maker, the maker starts producing his chocolate directly from cocoa beans. In most other cases, the start point is cocoa butter. This makes for some of the important distinction between the two. Unless we distinguish between bean to bar chocolates and the others, we will not make a start with a firm footing.

The medical fraternity in India has been, quite openly and without explicitly referencing to any scientific research, recommending the consumption of dark chocolates for better health. Consuming minimally processed foods made using limited number of only necessary ingredients is in everyones interest and this definition aims to serve this purpose.

Definition of Bean to Bar chocolate in the Indian Context:

“Well fermented and dried cacao beans directly processed (optionally roasted) into a 60%+ chocolate bar with or without adding plant based Sugars, Natural Vanilla, Cocoa Butter from the same bean source, Moisture reduced Fruits/Vegetables, Nuts, Herbs, Salt and Natural spices, without reducing the percentage of naturally occurring Cocoa Butter, without adding any flavour enhancers or ingredients like artificial or nature identical flavouring, essential oils or vanillin, without any emulsifiers and made without adding any hydrogenated vegetable oils”

Planet conscious consumers like yourselves have helped Kocoatrait save 150+ kgs of single use plastic wrappers from entering landfills till today! Choose Free shipping on orders above Rs 1000 during checkout! Dismiss